What’s in this post: Overview of peaches, including origin and nutrition. Peach stats and peachy events in the Piedmont, NC.

Peaches are yet another reason why I love summer. That first bite out of a juicy peach, especially if you can manage to get one that is still warm from being on the tree, fills me with gratitude. I’ve been buying our share of peaches and then some since they showed up at the local market last month. I’ve been enjoying peach cobbler, peach smoothies, peaches in yogurt and just plain peaches, eaten while slightly leaned over the kitchen sink or outside to avoid the tell-tale stains of my peach addiction.

I thought it’d be fun to devote a short post to delve a bit into peaches – where they come from, how nutritious they are and the like. Just in case you don’t read till the end, could you please eat more peaches?  (Keep reading to find out why I’m asking.)

China (probably) and then the usual…brought to Europe by the Greeks then the Americas by the Spanish. Primarily for the rich in early times, like many other crops the peach began to be commercially produced in the 19th century in the US. However, in what would become the southeastern US, the peach went feral (I know, so many good puns here) and Native Americans  harvested them in large quantities. [1] 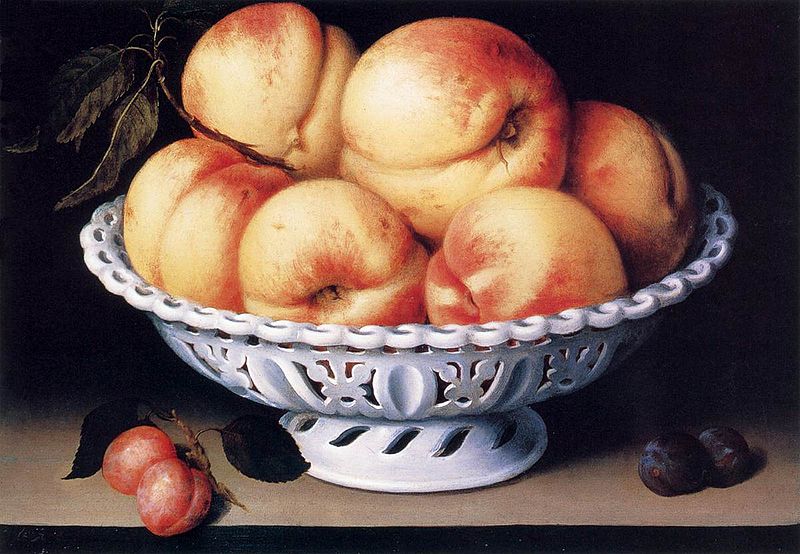 The Goldilocks story could have been about peaches, since they need “just right” conditions for growing: weather cool enough for long enough to induce blooming, and warm enough to produce fruit (they don’t like it below -15 degrees F). They do best when grafted onto hardier root stock, not started from seed. Most trees have a lifespan between 8-25 years.[2]

Peaches are part of the rose family, and they’re cousins to nectarines (the difference is the gene for fuzz). Both grow best in sandy to sandy loam soil. The best peach producing areas I know of have just this kind of soil – Carolina Sand Hills, Texas Hill Country, etc.[2] Though there are more than 30 varieties, there are two main “groups” – freestone and clingstone. Freestones are like the photo at the top, where the stone comes “free” from the flesh. There are also red, yellow and white varieties, with the red having the highest amount of good-for-you polyphenols. [1]

With only 70 calories and 3 grams of fiber in a large peach, you can feel good about your peach consumption. It’s also a good source of Vitamins A & C and other amazing natural health promoting compounds.

Given that China has the most people; one of the largest land areas; and it’s the original home of peaches, it’s not too surprising that they lead the world in peach production. But to see the visual of the scale is nonetheless impressive (see graph) China produces the most peaches in the world – more than the rest of the world, combined, to be accurate. Spain, Italy, and Chile were the leading exporters in 2016. [3]; China appears to consume most of their peaches.

In the US, production is dominated by California, where 958 million pounds were produced in 2018, much of it destined for cans.  South Carolina was next at about 132 million pounds, followed by Georgia, New Jersey and others with about 50 million pounds or less. [4]

US Per Capita Use

Apparently, I’m not alone in concluding that although there’s nothing quite like a perfect peach, there’s nothing like the disappointment of the flavorless peach – that fuzzy globe that smells and looks like a peach, but that lacks complexity of flavor. I felt better after reading the articles I linked to above. Despite those in the 50+ crowd decreasing their fruit and veg intake, the trends look overall positive and there’s a push to improve the flavor of grocery store peaches.

In the meantime, I suggest putting your money where your mouth is — get out there and turn this trend around! Support your local economy and eat for your health! Help a farmer! Help yourself! Peach cobbler, peach pies, just plain peaches…get ’em while their good (and freeze the extras)! 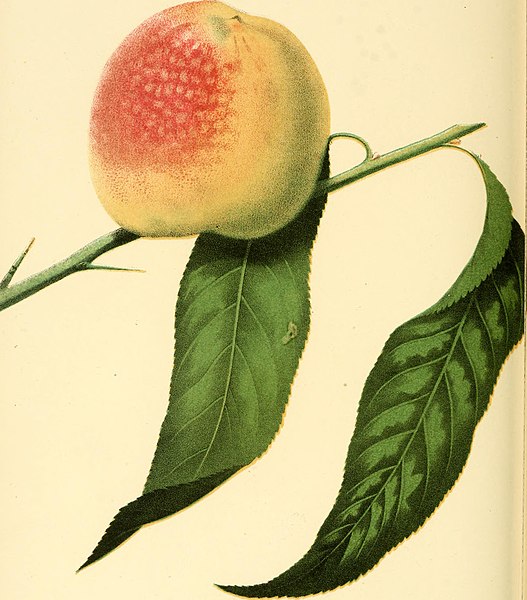 NC may not rank high on production in the US, but it certainly has its share of peach production and they are indeed delicious. A bumper crop is expected this year from the over 800 acres in cultivation.

Where else to find them:

Next best thing to picking your own is a market stand or the farmer’s market. If you’re in North Carolina, you can find the place nearest you here published by the NC Peach Growers Society.

Sources and other things you may want to check out:

1 – Eating on the Wild Side by Jo Robinson.

One response to “Peaches”