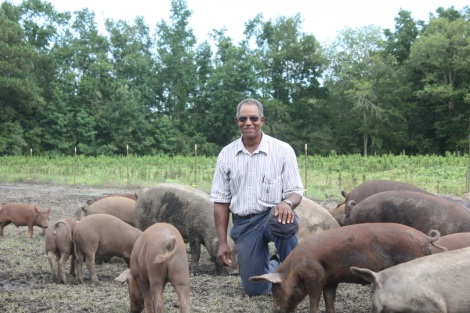 Dwight Hall with his pigs

Jennifer Curtis and Tina Prevatte never really thought they’d help pioneer and run an organization like Firsthand Foods, but when no one stepped up after they finished putting together all the research, creating plans and securing funding from various agencies, they stepped up to the grill, literally and metaphorically. They both knew that what they’d help to create was going to be valuable to farmers, consumers, and the land. 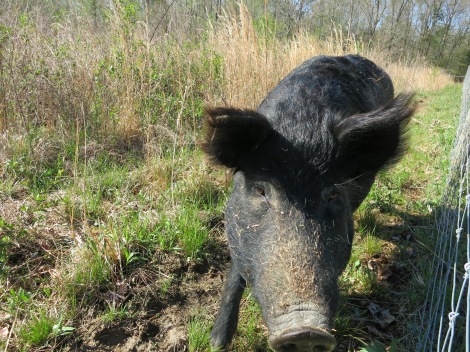 Firsthand Foods links meat producers with buyers by taking on the middle business role and the risk of owning the animals and finding a home for all the parts. They’re currently based in the Eco Hub in Durham with ECO and work with about 50 farmers around the state.

After working with farmers to verify their meat is raised humanely and pastured, the farmer delivers their animals to a designated processor from whom Firsthand collects the processed meat. The farmers get a better price for the meat than they would if they took the animal to the local stockyards and buyers are assured of having delicious, local, pasture-raised beef and pork.

Firsthand started with just one pig. They sold sausage and other porcine delights to Durhamites from their Sausage Wagon. Soon after, they began selling to restaurants like Bull City Burger and Brewery and Nana’s, and then adding the UNC dining system and retailers like Weaver Street Market, and they sell pork to The Market at Summerfield Farms. Chefs like being able to purchase specific cuts from Firsthand and they appreciate the work Firsthand does to ensure the meat is local and pasture-raised. Up next for Firsthand is a meat box, which will allow them to sell directly to consumers. Shares are seasonal and come in small and large sizes that can be picked-up once or twice a month. If you live in the Durham and you’re interested, check them out by clicking here.

I recommend taking a look at their website! In particular, they have some interesting articles (like the one about nitrates, nitrites, and…celery)  and a really cool interactive buying guide that allows you to click on various parts of a pig or cow to see what the cut is called and how to cook it. 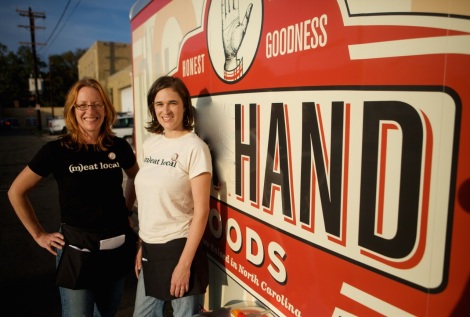 Jennifer and Tina with Wagon

Where to buy their meat:

The Market at Summerfield Farms

Or directly by joining their meat box program. http://firsthandfoods.com/meatbox.php

How to get in touch: